Posted on January 23, 2012 by the Curious Wanderer 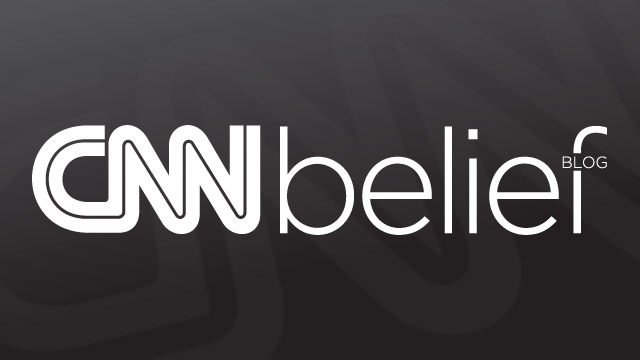 My Take: the 3 biggest biblical misconceptions

Editor’s note: John Shelby Spong, a former Episcopal bishop of Newark, New Jersey, is author of “Re-Claiming the Bible for a Non-Religious World.”

The Bible is both a reservoir of spiritual insight and a cultural icon to which lip service is still paid in the Western world. Yet when the Bible is talked about in public by both believers and critics, it becomes clear that misconceptions abound.

To me, three misconceptions stand out and serve to make the Bible hard to comprehend.

First, people assume the Bible accurately reflects history. That is absolutely not so, and every biblical scholar recognizes it.

The facts are that Abraham, the biblically acknowledged founding father of the Jewish people, whose story forms the earliest content of the Bible, died about 900 years before the first story of Abraham was written in the Old Testament.

Can a defining tribal narrative that is passed on orally for 45 generations ever be regarded as history, at least as history is understood today?

Moses, the religious genius who put his stamp on the religion of the Old Testament more powerfully than any other figure, died about 300 years before the first story of Moses entered the written form we call Holy Scripture.

This means that everything we know about Moses in the Bible had to have passed orally through about 15 generations before achieving written form. Do stories of heroic figures not grow, experience magnifying tendencies and become surrounded by interpretive mythology as the years roll by?

Jesus of Nazareth, according to our best research, lived between the years 4 B.C. and A.D. 30. Yet all of the gospels were written between the years 70 to 100 A.D., or 40 to 70 years after his crucifixion, and they were written in Greek, a language that neither Jesus nor any of his disciples spoke or were able to write.

Are the gospels then capable of being effective guides to history? If we line up the gospels in the time sequence in which they were written – that is, with Mark first, followed by Matthew, then by Luke and ending with John – we can see exactly how the story expanded between the years 70 and 100.

For example, miracles do not get attached to the memory of Jesus story until the eighth decade. The miraculous birth of Jesus is a ninth-decade addition; the story of Jesus ascending into heaven is a 10th-decade narrative.

In the first gospel, Mark, the risen Christ appears physically to no one, but by the time we come to the last gospel, John, Thomas is invited to feel the nail prints in Christ’s hands and feet and the spear wound in his side.

Perhaps the most telling witness against the claim of accurate history for the Bible comes when we read the earliest narrative of the crucifixion found in Mark’s gospel and discover that it is not based on eyewitness testimony at all.

Instead, it’s an interpretive account designed to conform the story of Jesus’ death to the messianic yearnings of the Hebrew Scriptures, including Psalm 22 and Isaiah 53.

The Bible interprets life from its particular perspective; it does not record in a factual way the human journey through history.

The second major misconception comes from the distorting claim that the Bible is in any literal sense “the word of God.” Only someone who has never read the Bible could make such a claim. The Bible portrays God as hating the Egyptians, stopping the sun in the sky to allow more daylight to enable Joshua to kill more Amorites and ordering King Saul to commit genocide against the Amalekites.

Can these acts of immorality ever be called “the word of God”? The book of Psalms promises happiness to the defeated and exiled Jews only when they can dash the heads of Babylonian children against the rocks! Is this “the word of God? What kind of God would that be?

The Bible, when read literally, calls for the execution of children who are willfully disobedient to their parents, for those who worship false gods, for those who commit adultery, for homosexual persons and for any man who has sex with his mother-in-law, just to name a few.

The third major misconception is that biblical truth is somehow static and thus unchanging. Instead, the Bible presents us with an evolutionary story, and in those evolving patterns, the permanent value of the Bible is ultimately revealed.

It was a long road for human beings and human values to travel between the tribal deity found in the book of Exodus, who orders the death of the firstborn male in every Egyptian household on the night of the Passover, until we reach an understanding of God who commands us to love our enemies.

It was the prophet Micah who understood that beautiful religious rituals and even lavish sacrifices were not the things that worship requires, but rather “to do justice, love mercy and walk humbly with your God.” It was the prophet we call Malachi, writing in the fifth century B.C., who finally saw God as a universal experience, transcending all national and tribal boundaries.

One has only to look at Christian history to see why these misconceptions are dangerous. They have fed religious persecution and religious wars. They have fueled racism, anti-female biases, anti-Semitism and homophobia.They have fought against science and the explosion of knowledge.

The ultimate meaning of the Bible escapes human limits and calls us to a recognition that every life is holy, every life is loved, and every life is called to be all that that life is capable of being. The Bible is, thus, not about religion at all but about becoming deeply and fully human. It issues the invitation to live fully, to love wastefully and to have the courage to be our most complete selves.

That is why I treasure this book and why I struggle to reclaim its essential message for our increasingly non-religious world.

Other CNN Belief Blogs to check out:

Actually, that’s not in the Bible

My Take: Bible condemns a lot, so why focus on homosexuality?